It is a known fact that guys can’t express their feeling as compare to women. Their actions speak more than their words, so in every situation, they show what they feel rather than actually saying that or expressing it.

But a true man certainly won’t do it all for just any woman out there. He will be ready to do all that only for the woman he is head over heels in love with.

So, if you don’t know what it is that guys do for a woman they love, I suggest you read further because I am revealing some of the most common things guys do when they are in love.

Men are natural hunters and one of the signs ( not the surest anyway) he loves you is that he will pursue (follow) you. Don’t mistake him not pursuing you to mean that he is shy, no, if a man wants a lady, he goes all out for her.

Some ladies miss this sign and begin to pursue the man instead of being the other way round.

If he can’t confront you physically, there are other channels he can use, he will call or text you. He will put in some effort to get you.

If you notice he’s not giving you the attention you deserve, watch for a little while and make your decision. A man in love will pursue his lady actively. That’s one of the true signs he loves you.

And when a women say listen, she really means that. He won’t just nod his head as a sign of approval, but he will really listen to what she has to say.

It can be problems at work, problems with her friends or any other thing, but a man like this will always be there for the woman he really loves.

He knows that communication is key to a stable and healthy relationship and he will not only be a lover to his woman but her best friend in the first place.

Also Checkout: How To Keep Your Man Happy In Bed

When a man loves a woman, he will care about what she has to say not only in front of him but in front of others as well.

He cares about his relationship and he is willing to argue with her, he will always tell her where he feels that she is wrong.

If he gets hurt, he will talk with her about that, showing her that he felt bad about that and ask her to stop doing it.

4. He will change his mind for her:

You know how guys can be stubborn, right? Well, a man who is willing to change his mind because a woman is a man who is crazy in love.

If he decides to go shopping with his lady instead of to the cricket match or party with his fun friends, it means that his girlfriend is in the first place for him and that he enjoys spending time with her.

This is one of the most obvious signs that he puts her first and that she is the most important person in his life.

5. He will fight for her not with her:

A guy like that would show the woman he’s in love with, his true feelings. He knows how worthy she really is and he doesn’t want to lose her.

That’s why he will fight with every guy who comes near her because that is his way to protect her from all those fuckboys that are around her all the time.

He will never tell her that she is guilty of something if he doesn’t have proof. He knows how a woman’s heart is vulnerable and fragile and he won’t do anything to hurt her.

6. He will be honest with her:

A man who loves his lady will always be truthful with her — regardless of how poor the truth may seem.

He knows that he won’t be able to lie to her forever, so he chooses the right approach.

He wants her to be honest with him, so he will do the same for her. They can have a true relationship with no lies in that way.

If a man loves a woman he will always feel bad if she feels bad. He will be with her in her moments of sorrow and won’t let anyone hurt her.

He is her best friend and he will always be there for her—to give her a piece of advice or just a warm hug.

Men like this are rare, so if your man is like this, make sure to cherish him because he is a keeper.

8. He will push her to be the best version of herself:

When a man encourages his lady to become the best version of herself, that means he isn’t jealous of her and he wants her to make her dreams come true.

He will always be there for her, to give her support and love and he will never take advantage of her.

9. He will do anything for the woman he loves:

When a man loves a woman, there is nothing that he wouldn’t do to make her happy.

He is going to be her boyfriend, her best friend, her human diary, and her greatest fan.

He will believe in her—even at those moments when she doesn’t believe in herself and will be there to remind her of his love every single day.

He will choose the same woman every day because he knows how important that is in every relationship.

10. His Words Will Match His Actions:

Most times some men say “I love you” several; it’s just a word to them without any meaning attached to it. Love is an action and requires effort.

If your man says he loves you yet does nothing about it, then I’m afraid it’s fake. If you have to even sit back to think if your man loves you, then there’s a problem already. Love doesn’t hurt neither does it cheat.

You will not be a mystery to family and friends. He will make you meet them. Not only will his family know you, but they will also learn personal stuff about you and incorporate you into the family long before you tie the knot (that is, they will start to include you in family events and outings).

When a man loves a woman, he talks about her and when he does, family and friends will get to know about her. If you never get to meet his family and friends, it’s possible someone else is in the picture or he doesn’t love you enough for the long haul.

In love there’s no holding back, one of the true signs he loves you is that he will talk about you always and compliment you among family and friends.

A man who is genuinely in love with a lady gives her a priority. When you two are together, he will focus on you and give you all of his attention. He won’t be nibbling with his phone or be restless. He will value every moment spent with you. 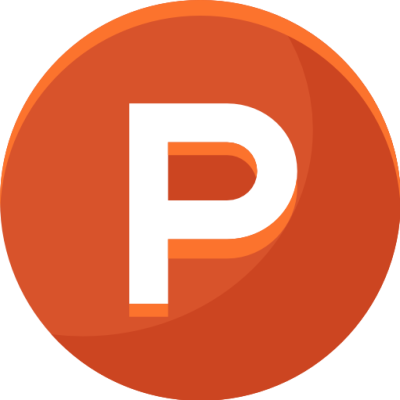 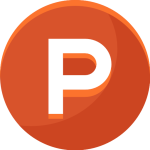 5 Most Effective Tips to Make him Miss You

A Part of BNN Digital Media participates in various affiliate marketing programs, which means we may get paid commissions on editorially chosen products purchased through our links to retailer sites.